With Stab 2 completed, the real life of Sidney Prescott had calmed down and she lived in seclusion. Sunrise Studios wanted to make another successful film and decided to make "Stab 3: Return to Woodsboro."

The trouble was, none of the original cast wanted to return if the movie wasn't based on actual events. No Tori Spelling or David Schwimmer. A nation-wide casting search landed Angelina Tyler the leading role. Joining her, Tom Prize took over the role of Dewey Riley.

Sadly, the film's director, Roman Bridger, was out for blood, literally, and killed off most of the cast, making his own real-life sequel. Stab 3: Return to Woodsboro was shut down permanently. A few years later, Stab 3: Hollywood Horror would be based on the real murders that took place while filming Return to Woodsboro.

Fun Fact #1 This would have been the first Stab movie not based on a Gale Weather's book since the series began.

Fun Fact #2 Production on this movie was shut down after much of the leading cast was murdered.

Written By
Will Kennison 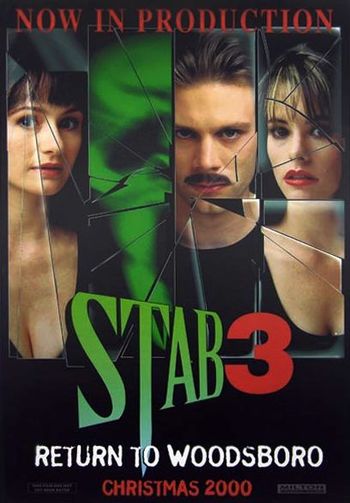 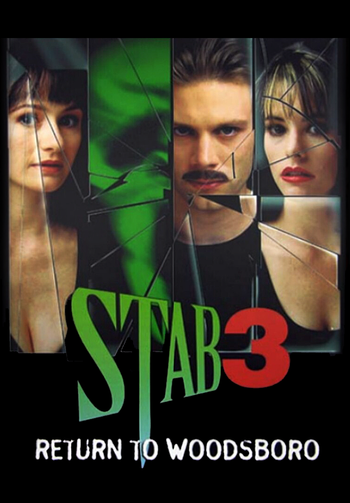 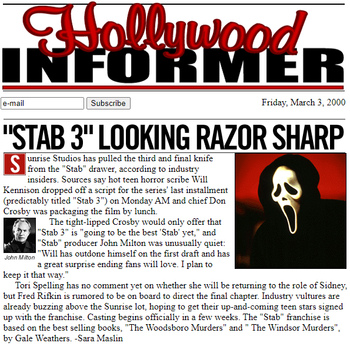 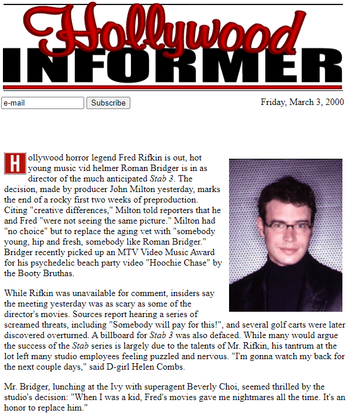 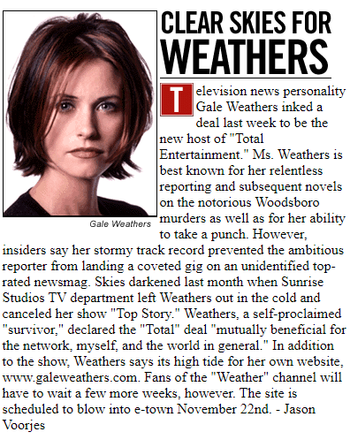 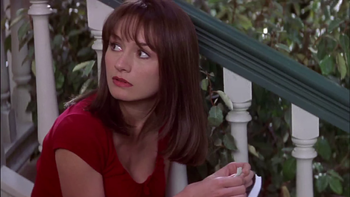 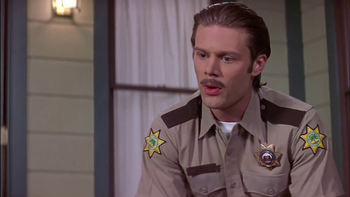 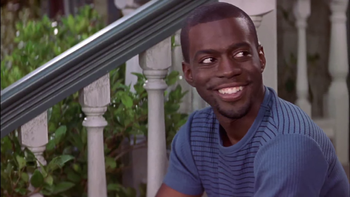 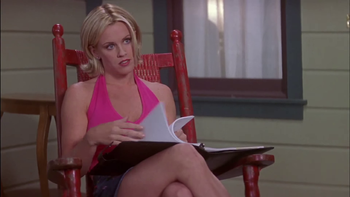 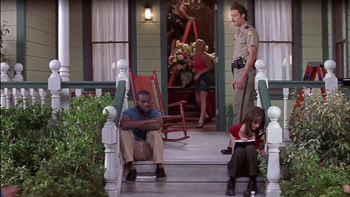 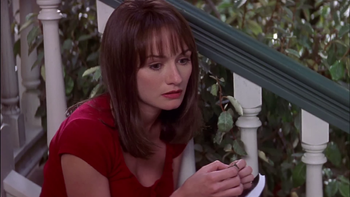