This version of Stab 8 (simply titled "Stab") debuted in Scream 2022 but was released in the Scream-movie-verse in 2021.

The main character of the film is said to be a "Mary Sue." A Mary Sue is a type of fictional character, usually a young woman, who is portrayed as unrealistically free of weaknesses. Originating in fan fiction, a Mary Sue is often an author's idealized self-insertion. Mary Sue stories are often written by adolescent authors.

In the fifth Scream, we learn that an eighth Stab movie has been released semi-recently. Directed by “The Knives Out guy,” AKA Rian Johnson, Stab 8 dropped the number system, simply calling itself Stab, which was one of many things that set it apart from the original seven movies (Much in the same way this Scream movie does, of course). So, in this world, even before Stab 8 was released, fans were mad at it. We then learn when it was released, fans felt the movie went too far away from the basics of what makes a Stab movie—many found it to be too heady, too “woke”, and naturally, those fans really came down hard on how un-Stab they felt the new Stab was. At one point, one of the characters in Scream is seen watching a clip of YouTubers shitting all over Stab 8.

You can see where they’re going with this. The eighth movie in a popular franchise, that just so happens to be directed by Rian Johnson, and in the Scream universe, it’s considered not to be in step with the rest of the franchise by a group of hardcore fans who then get really angry and mean online about it? Yes: Stab 8 is basically Star Wars Episode VIII: The Last Jedi.

Tyler Gillett: Yeah, actually, we talked about [Stab] a lot. You see it in the background of several shots at the Meeks-Martin house (the house of the twin characters played by Mason Gooding and Jasmin Savoy Brown), but there is a box set of Stab movies on the mantle that does answer this question. And we actually shot a lot of fun Stab 8 stuff that just ultimately for various reasons, didn’t end up in the cut. We designed some pretty wild and pretty wacky Stab 8 moments that maybe will appear on a digital release at some point. But we really love that there is a sort of off-screen world that exists with these movies, right? It’s one of the ways that they kind of blend our reality with the movie reality and it’s always really fun. It was fun to have a space to maybe do the weird, campy thing that didn’t necessarily feel like was a Scream movie idea, but still was fun enough to be shot and be a part of the universe of these movies. And that’s really what Stab is, right? It’s a kind of release valve for some of those crazier “bad choices.” 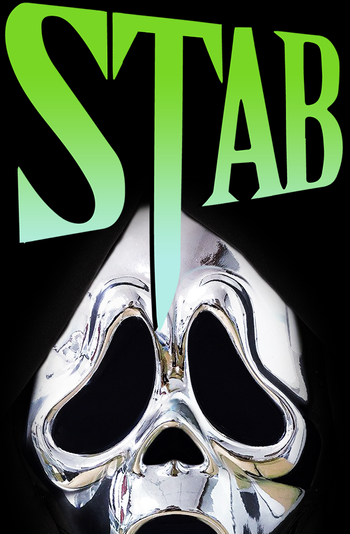 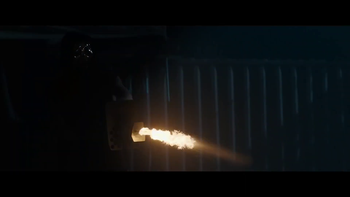 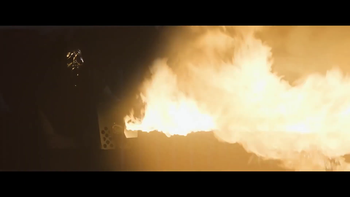 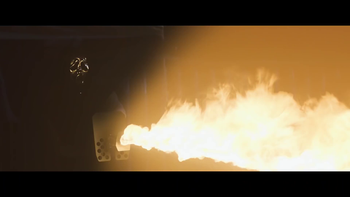 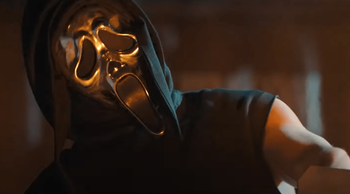 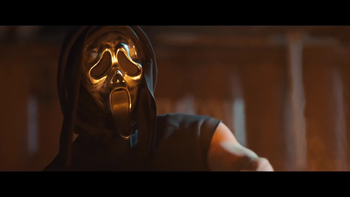 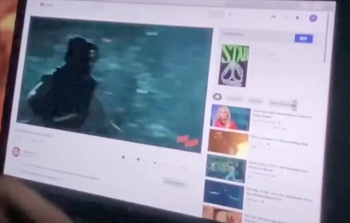 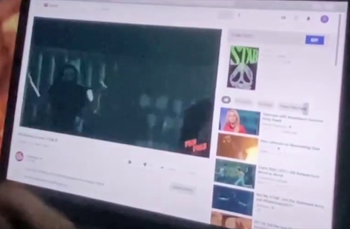 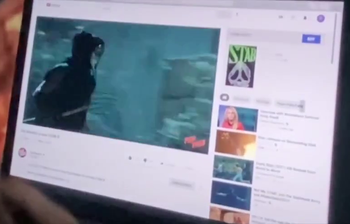 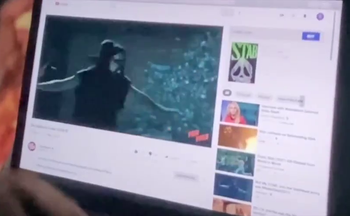 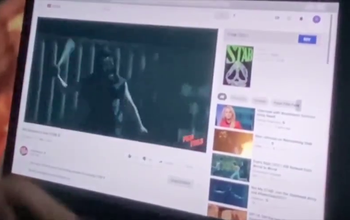 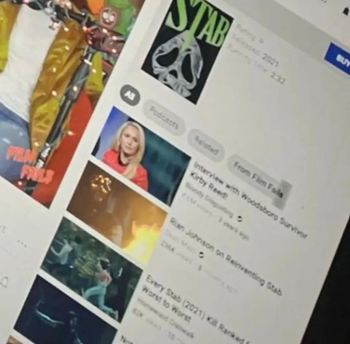