When Joshua Patrick Dudley attended the premiere of Scream 4 in Hollywood he made sure to shake hands with one person, Wes Craven. The horror legend was a kind, incredibly warm man and extended a friendly hand to Joshua. Amid one of their Twitter chats, Joshua asked (begged) Mr. Craven to appear in a short film for the StabMovies.com YouTube channel. Mr. Craven agreed and Joshua immediately went to work on a script.

The story followed Joshua and Rachel Alexandria Arnold, who had broken into Mr. Craven's house to film a prank video for StabMovies.com's YouTube channel. Wes would receive a phone call from Ghost Face and then discover Joshua and Rachel hiding in a closet, waiting to prank him. Ashley Younger would also be revealed, hiding in another closet, dressed as Ghost Face. Once they had been found, another Ghost Face would appear and kill Ashley and Rachel. Joshua runs from the killer, and finding no other means of escape, dives out of a window, killing himself in the process. As it turns out, Rachel and Ashley had actually been working with Wes and intended on pranking Joshua. They are shown, not dead, standing with Wes over Joshua's lifeless body. The other Ghost Face removes his mask and is revealed to be David Arquette, also in on the prank.

The production would have filmed at YouTube Space L.A. in the early fall of 2015 and would have been released that same Halloween. Sadly, on August 30, 2015, just two weeks before production, Mr. Craven passed away.

The fact that Wes agreed to do something with us blew our minds and we're sad that we weren't able to see it all the way through. Hopefully, this script can live on as a testament to the man that everyone at StabMovies.com considers an inspiration. RIP Wes. We love you.

You can read the script for this short film in the StabMovies.com Short Film Collection.

Below, you'll find some unfinished storyboards illustrated by Eric Yoder. 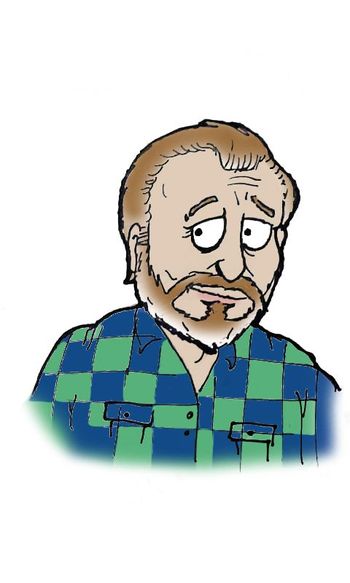 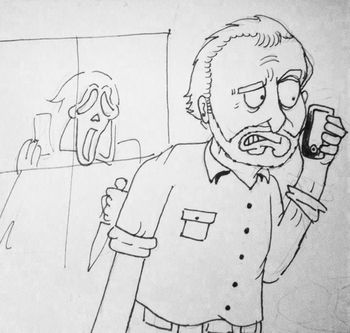 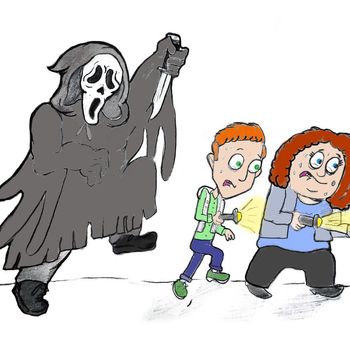 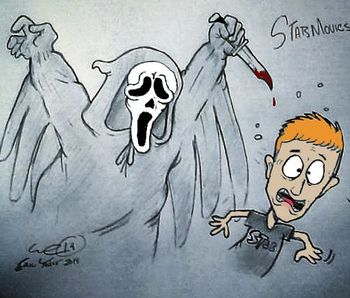